The use of sauces is not a discovery, on the contrary, their use in cooking is so widespread that it is very likely that these are the recipes that are easily found pre-cooked on supermarket shelves.

It is true that these industrial versions are generally not made with the best quality ingredients and in a large number of cases they will not add much to the dish. But when the sauce is homemade, things change. Careful, I’m not saying with this that because something homemade is healthier, we’re not going to talk about it today, we’re just going to stick to the fact that a homemade sauce with all our love is going to be much richer.

Large sauces (those normally mixed hot with some type of flour) and small sauces (cold emulsified) have many applications in the kitchen, such as coating meat and fish, serving as a dressing for salads or just put them in a bowl and dip the other foods in it.

There is life beyond mayonnaise, aioli or tomato sauce, although they are the basis of many other sauces.

It is one of the most popular sauces in Anglo-Saxon cuisine. In countries that share this culture on both sides of the Atlantic, gravy is commonly eaten, it is never missing at parties like Thanksgiving or at barbecues on feast days. It is served in a sauce boat and is used to drizzle meat or poultry as well as mashed potatoes. 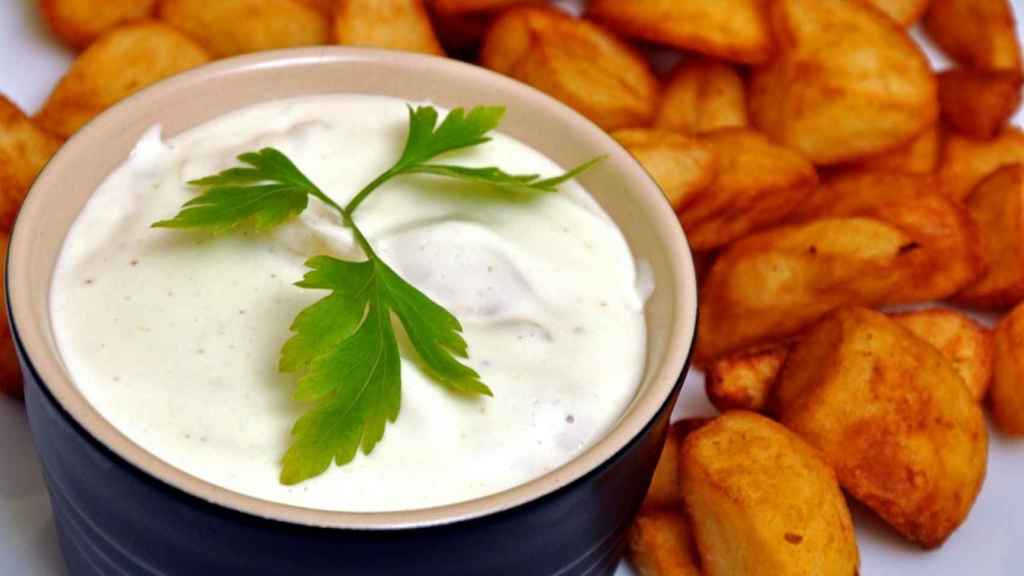 The homemade version of the sauce that made McDonald’s famous with its Deluxe fries, a little pleasure that can be enjoyed at any time without having to queue at the checkout in any of its restaurants. 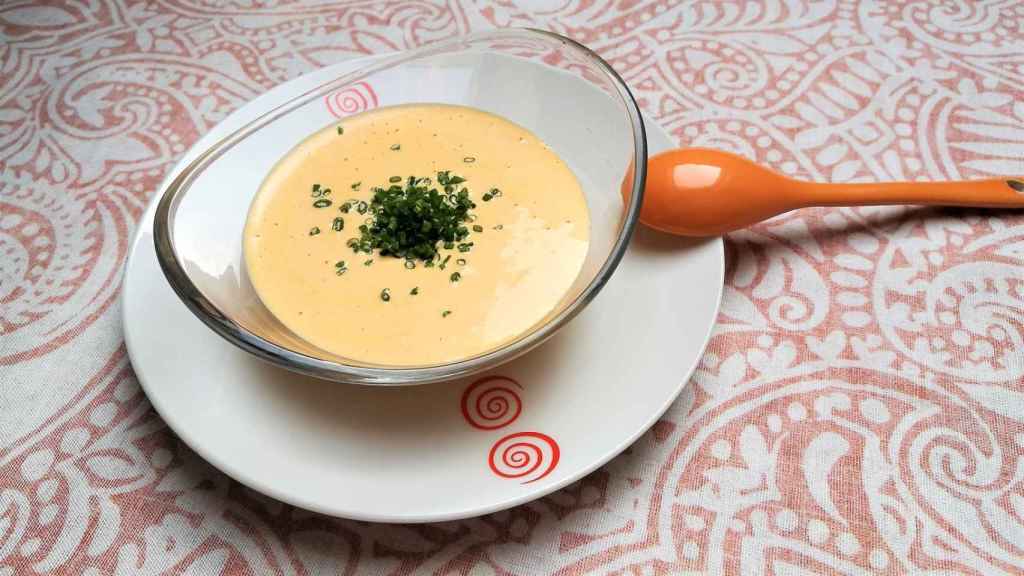 The sauce rust, or “rusty” sauce, is a sauce derived from mayonnaise which owes its name to its coppery, almost ocher color, since rouille in French means rust. It goes very well with fish dishes. 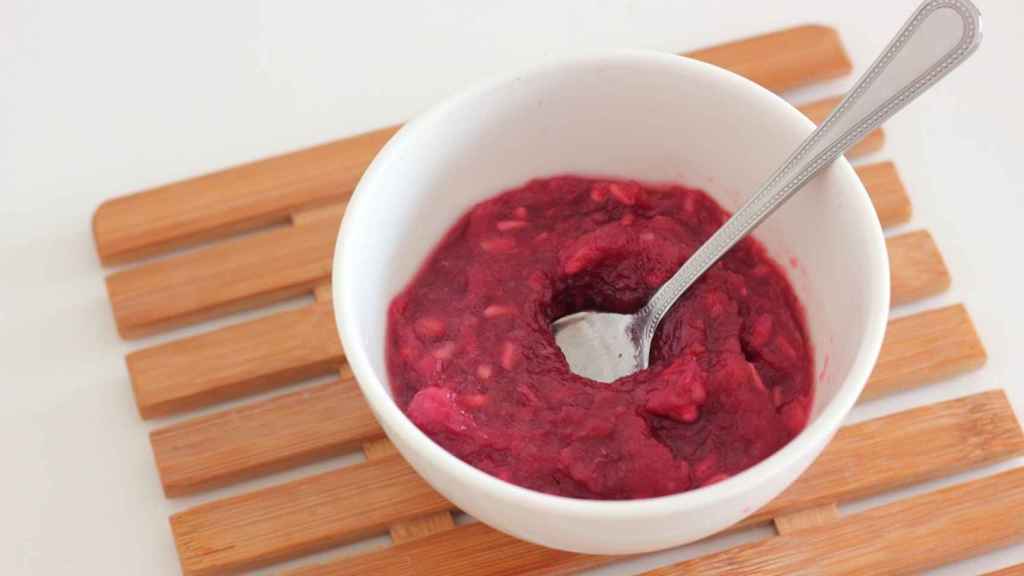 Although it may still seem strange to many, meats – mainly those with the most fat – go very well with fruit-based sauces, even some jams. Cranberry, plum or apple sauces are very traditional, but this pomegranate and pineapple sauce will also be a hit. There is no need to worry about the seeds pomegranate seeds have inside, they can be removed by straining the sauce once it is made. 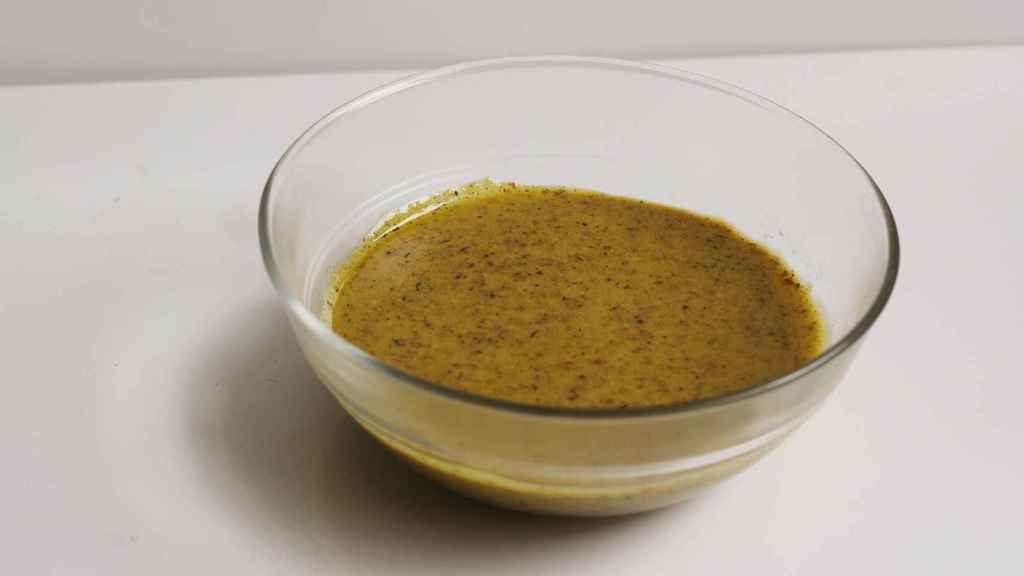 We know it as SÅS SENAP & DILL, at least that’s what it says on the bottle of the one they sell at Ikea and it literally means “mustard dill sauce”, well it is also known as salmon sauce, as it is a usual accompaniment to dishes based on fresh or smoked salmon. 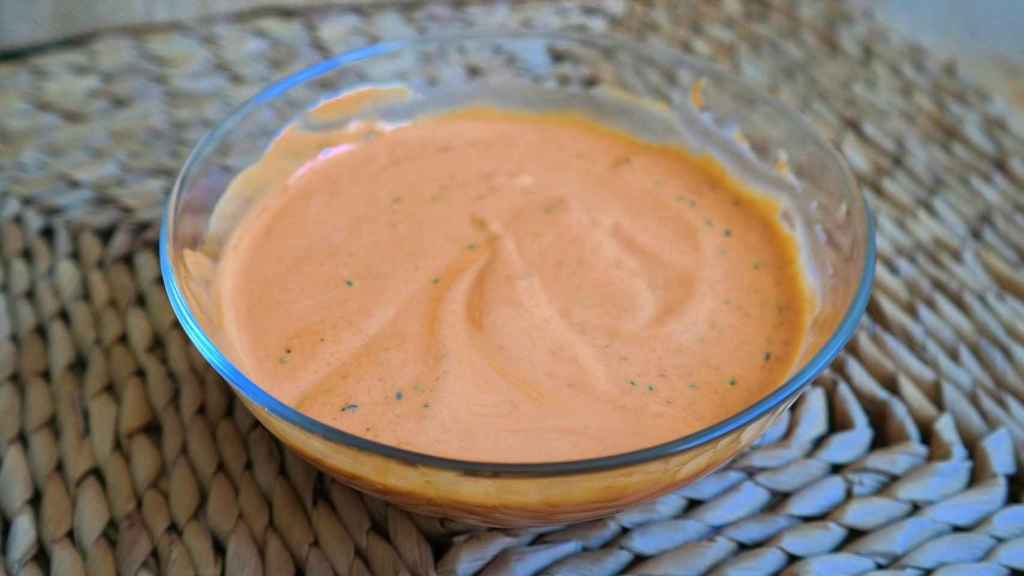 It’s neither healthy, nor seasonal, nor invented in Spain, but this spicy sauce inspired by the sauce of the New York Emmy Burger, the most famous hamburger on the web, is very good. What we’ve done is adapt it a bit so it can be done easily at home. 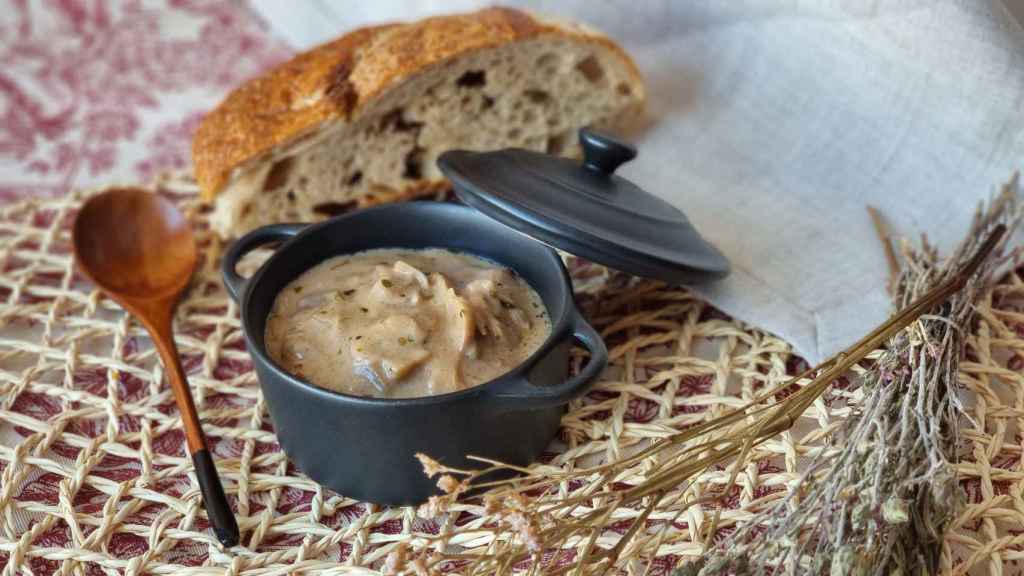 This mushroom sauce is prepared in 20 minutes, it is very tasty and versatile, perfect to always have it in the fridge and add it to a plate of pasta, chicken, any meat or to finish a savory cake on top. It could even be used to butter a risotto and give it more flavor and creaminess. 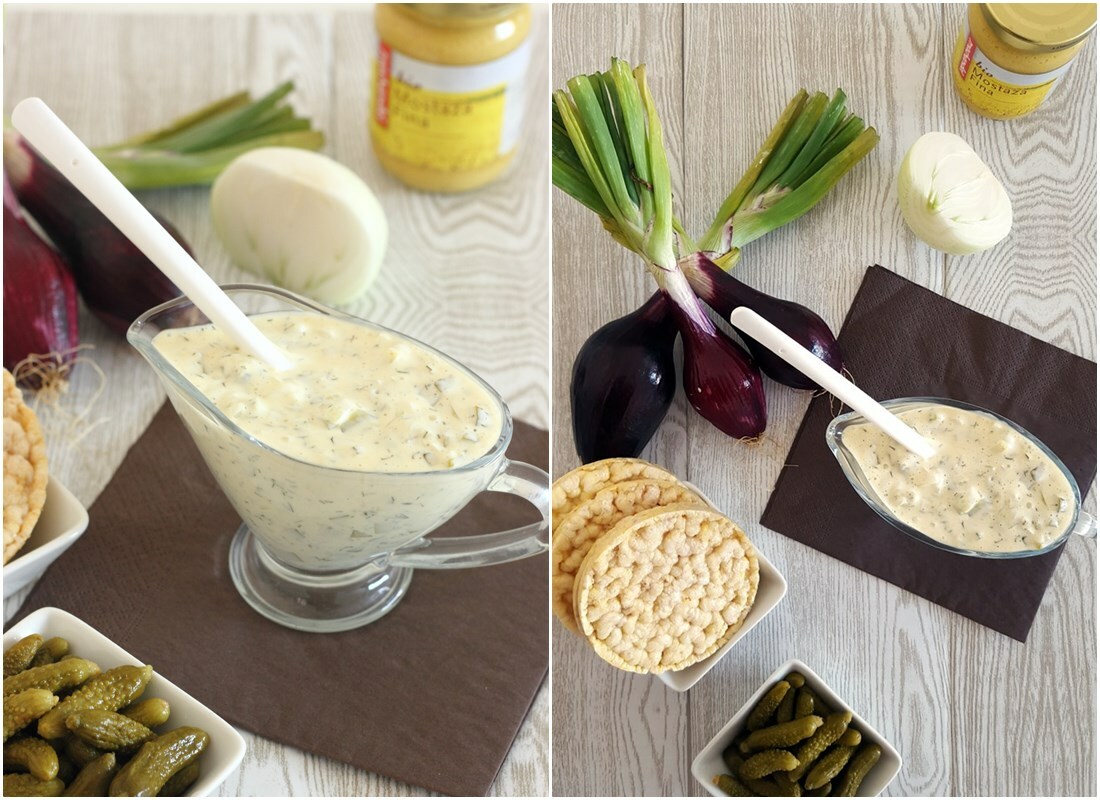 Tartar sauce is one of the sauces derived from mayonnaise, the most basic version of which contains pickles and mustard, although other ingredients such as capers, onion or a finely chopped hard-boiled egg can be added. added. It is generally used as an accompaniment or seasoning for dishes that contain fish or chicken, although it is simply a vice with fries. 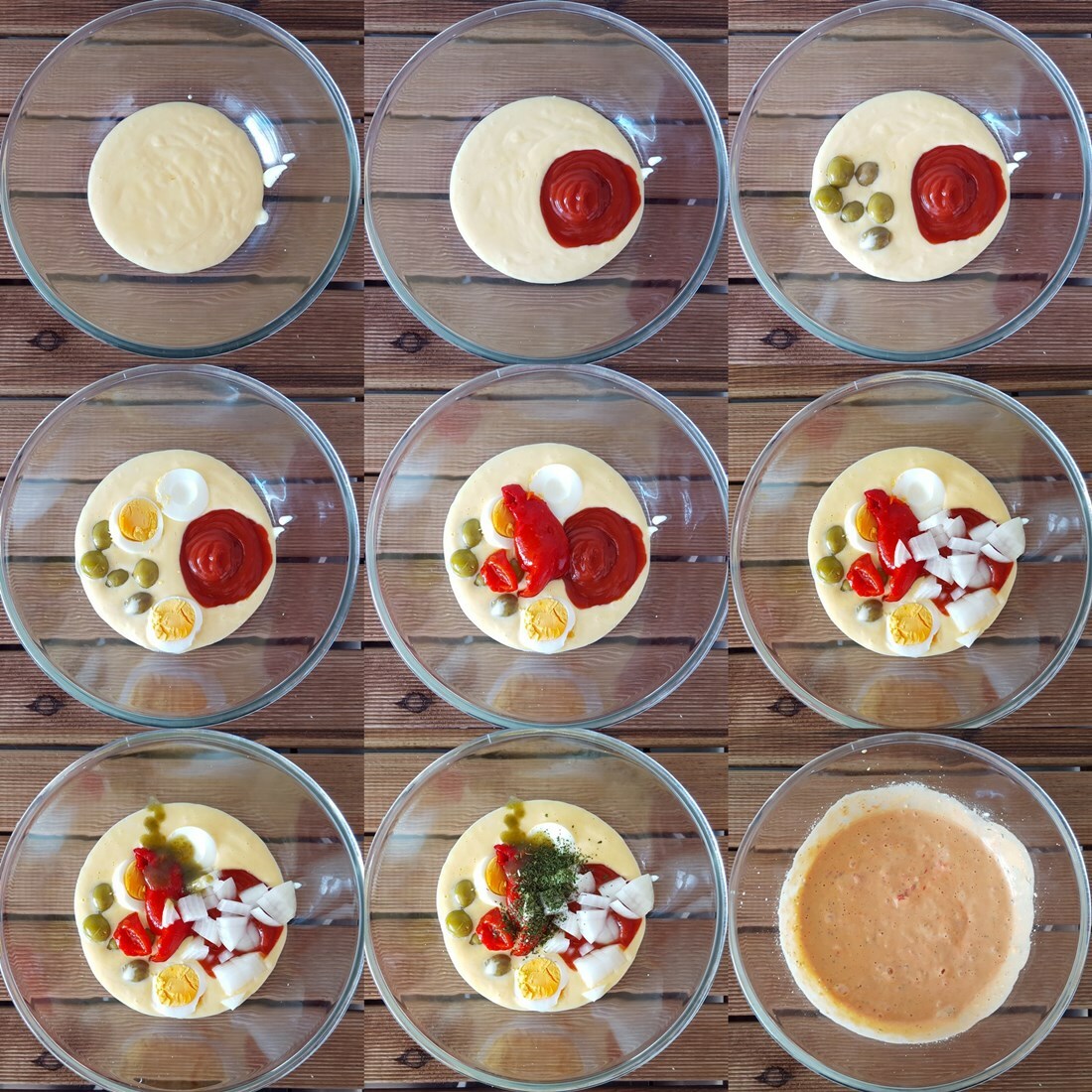 Thousand Islands sauce, a sauce that mainly accompanies fish and shellfish but is also delicious for other types of salads or as a spread on the bread of certain sandwiches. 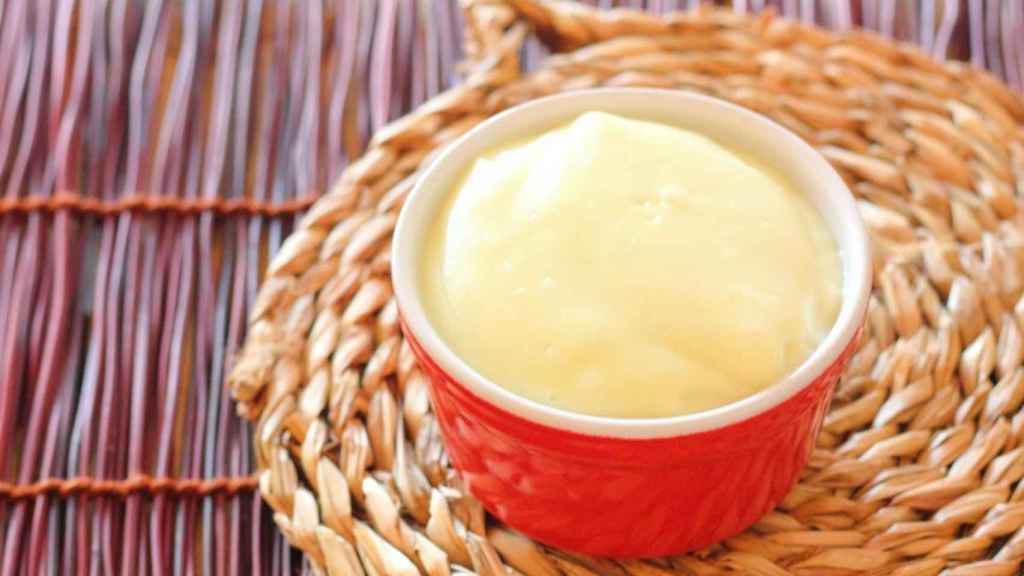 The emulsified sauce made from milk and vegetable oil is said to be vegan. The result is a sauce similar to mayonnaise which replaces it in vegan diets, but is also suitable for people who cannot eat eggs and those who cannot drink milk, either because they are allergic to its protein, or because they are lactose intolerant. 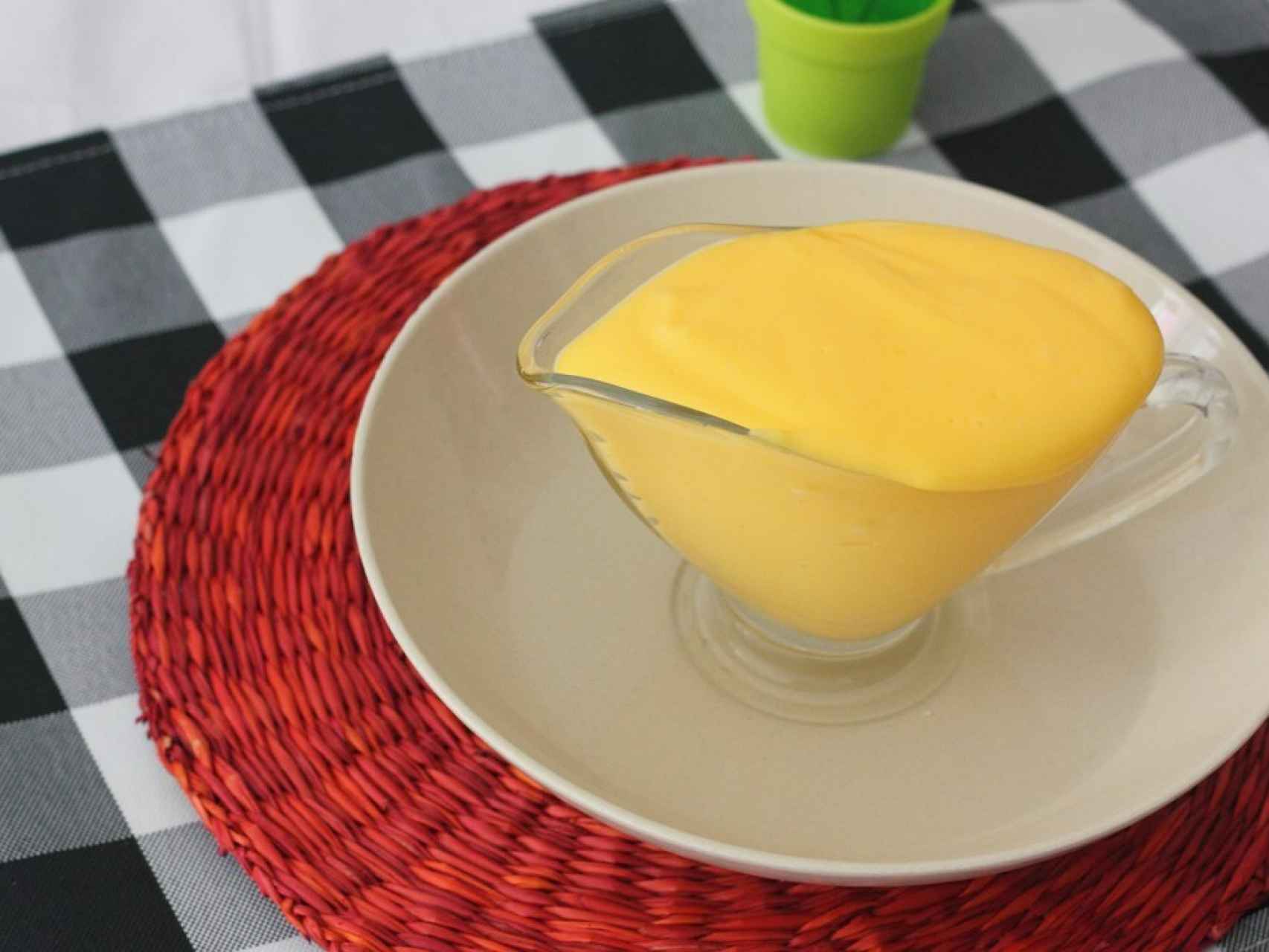 Despite the fact that its name may make us believe that it comes from the land of tulips, the truth is that Hollandaise sauce is one of the basic sauces of French cuisine. It is a sauce of the mayonnaise family, since basically it is nothing more than a kind of mayonnaise made with clarified butter instead of oil and, traditionally, it is dreaded by many cooks to be very unstable and because it cuts very easily. . Here we tell you the recipe and tips for making Hollandaise sauce perfect. 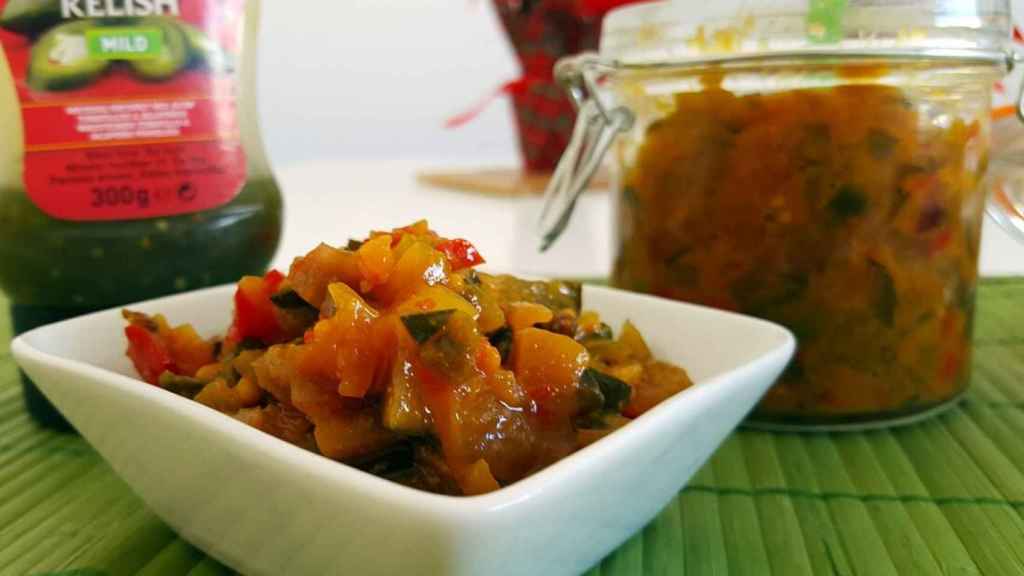 the taste, typical of Anglo-Saxon cuisine, is used to enhance the taste of meats, mainly grilled, which is why it is common to use it as an accompaniment to hot dogs, hamburgers, ribs, etc. Its preparation is simple and the result obtained is very good. 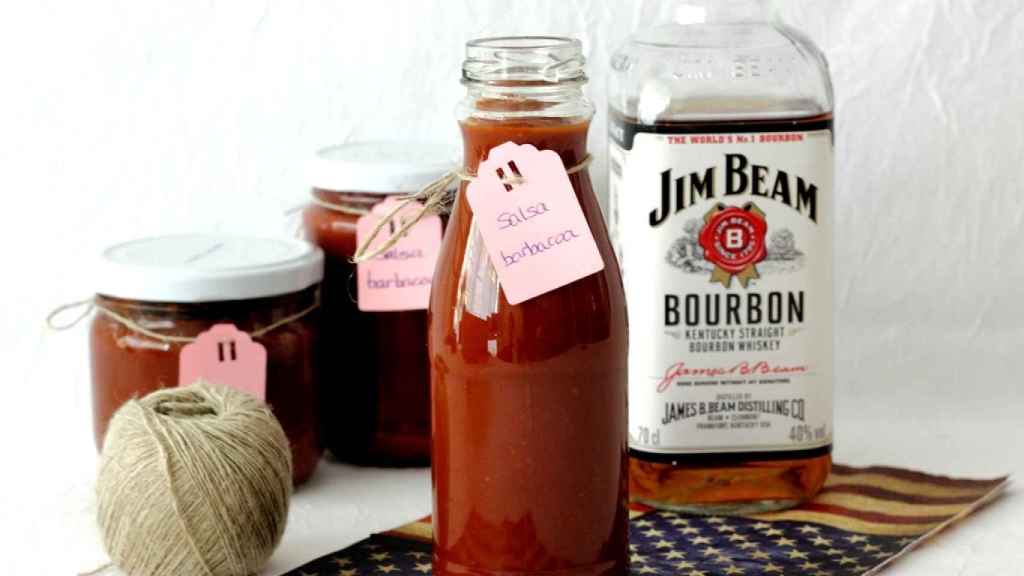 The recipe for an amazing barbecue sauce to use in recipes for spicy barbecue wings or for some oven-baked ribs that are scrumptious.